Our Book Review... The Beauty Trilogy 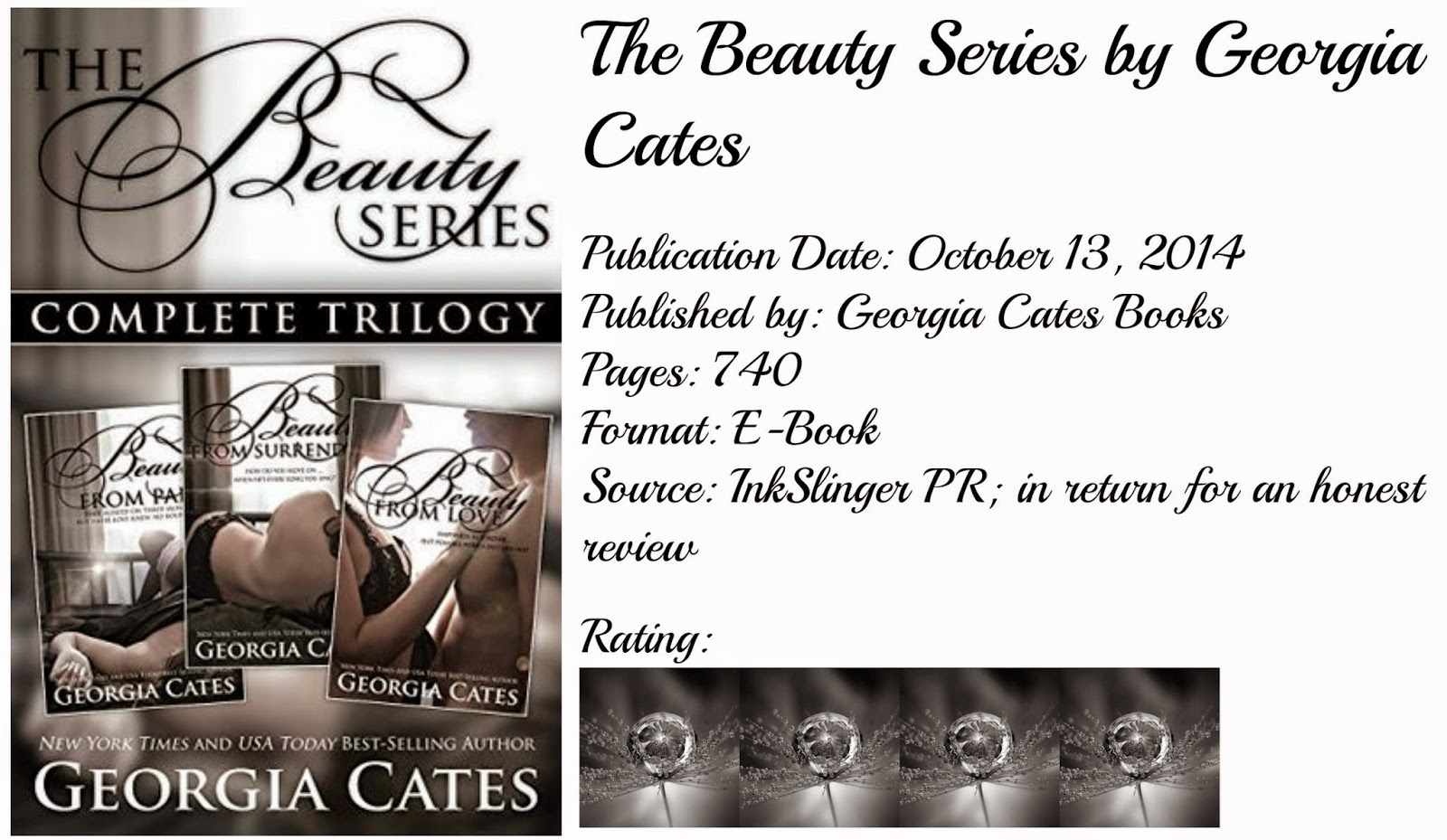 We came across this author and the Trilogy thanks to Inkslinger PR, so first things first we say thank you Inkslinger PR for this and allowing us a copy of the trilogy to read in exchange for an honest review.

I am so glad we got that email saying, “Try This” because it was a new author for both Emmy and I. The story was so much better than I had anticipated. Though I will be honest, the moment Emmy said, “Hey did you see this?” (as I looked over at her computer)” It’s about an Aussie,” I was like, “Sign me up.” (It was said with wide eyes too...lol) I am not ashamed of that either. I love Australia, have since I was a little kid. And the fact that my fiance is an Aussie has only made my love of the region more intense. Then reading the blurbs made me really want to read it. It’s about an American Gal, a southerner as it is meeting an Aussie businessman. Minus the whole man part its so me and my girl. So a double winner! You read what ya like after all. (cheeky grin)

This Trilogy was awesome, hot, comical, exasperating, anger filled, sexy, drama filled and a great story. The characters either grow in you so you love them or hate them. There was many times throughout reading this Trilogy that I wanted so desperately to go through the pages and choke someone. The main characters included. (laughs) My poor kindle almost got tossed a few times, it’s a knee-jerk reaction I have when a book gets to a point where I want to smack someone or scream at a character. My mom learned years ago to not walk in front of me when I am reading… you never know where the book was going to get tossed. (snorts)

The only issue I had with the trilogy was.. and this may just be me, though I know Emmy had the same thoughts, it had too much sex in it at parts. (ducks and hides) Yeah, yeah I know I am weird but its how it felt to me. I would have liked to have seen more talking and diving into the characters problems, fears or whatever was going on instead of the hot monkey sex. But do not mistake that as it not having GREAT sex ‘cause.. just yeah. I have to say Mrs. Cates is very good at giving you a full detail of what is going on. Made me blush a lot while reading… but that isn’t hard to do anyhow. (laughs) Though a few parts made Emmy blush and that is not easy to do!!! #BestFriendFact
I loved how the characters and how they interacted whether it be in a loving way, a naughty way or in a confrontational way. The dynamic was so intense no matter what. I sat there a few times and was like, damn, that was unreal. And as I told Emmy she nailed the whole overprotective, cocky attitude of Jack’s. And again, I know you can't judge a whole region on one or two people but aside from Aussie’s being some of the nicest people you will ever meet, they are overprotective, domineering and do not share what is theirs. Well the ones I know anyhow. The fiance especially fits the bill. Not that I am not the exact same with her. This trilogy appealed to me for so many reasons. And we all hope to have a mother, mother-in-law, grandmother like Margaret… and then some. Laurelyn is the best friend we all want, and I am lucky enough to have that in Emmy. (grins) you know the one that will do anything for you at any given moment. And as for Jack, we all want that one person, our soul-mate that once we meet them we never want to lose them. The mere thought of it would tear us in two.

All in all it is a MUST read for me. I will be telling more than a few person to read it. My fiance Lauren has already gotten it, and her sister is the next on my list. Since they will get a kick out of it and I know they will love it. We shall spread the word and I do hope in the near future to get my hands on Mrs. Cates other works. I can only imagine how awesome they are.

Yeah, **points up** what she said.  :)  When I saw this trilogy on the email I knew that Barb would want to read it.  She is always up for any book either by an Australian author or set in Australia, so I knew it would be a shoo in for her.  Myself, well….straight up romance is not my usual style, unless there is some sort of mystery involved.   But like every other girl on the planet I occasionally find myself wanting a romance that doesn’t involve someone getting killed or supernatural creatures. Or whips and chains. **fist bumps Tiffany Reisz, waits impatiently for my pre-order of The King** 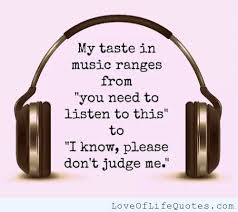 That doesn’t happen often, mind you, but this time I decided to check it out.  As I will mention, the plot did remind me loosely of Pretty Woman, and that’s one of my all time favorite movies.  Another wonderful thing happened while I was reading - this book made me buy music.  As Barb will tell you, I am a dyed in the wool music freak, and I’m always looking for something new to listen to.   I was MOST PLEASED by the Massive Attack song featured in the first book, and “Angel” is now on heavy rotation on my Ipod.  What’s also cool is that the main character, Laurelyn, is something of a music freak as well, and that made me connect even more to her.
Now Jack…..me and Jack had it out a few times throughout this entire trilogy.  Barb tells me that the cockiness trait that he displays (FREQUENTLY) is common to Aussies, but I don’t know man, Laurelyn let him by with a good bit more than I would have before I tagged him one in the nuts.  He redeemed himself to me though, and speaking of redeemed, I would be remiss if I didn’t mention the very well played out emotional growth of another character, Addison.  Addison is Laurelyn’s best friend, and although I really didn’t care for her much in the first book, by the third I was quite fond of her.  There are many, many good points to this trilogy, from the concept itself, to the fact that all of the Australian slang was dead on correct.

The only con I had was that one that Barb mentioned, there is almost too much of a good thing with all of the lovin’ going on.  These two, I swear, they’re like rabbits!  And while that’s all well and good (and it WAS good, the quality is not in question here) I would have liked to hear more about Laurelyn’s craptastic childhood and how that shaped her, more about Jack’s past, I would have liked to see more deep dialogue between the two of them. The three minute confessional in book three was pure damn genius, I loved that part. Jack’s mom rocked for me as well as Barb, I thought she was the absolute best.  I would love to know who that character was based on.

That being said, I can see myself reading more from this author, and would recommend this trilogy to any fan of romance, and even to those like myself, who are trying to stretch their literary horizons.

Keep an eye out for our reviews for Beauty from Pain, Beauty from Surrender and Beauty from Love. We will be doing individual book reviews to accompany the overall review above. So we don;t blow up your brains with so much information at one time..