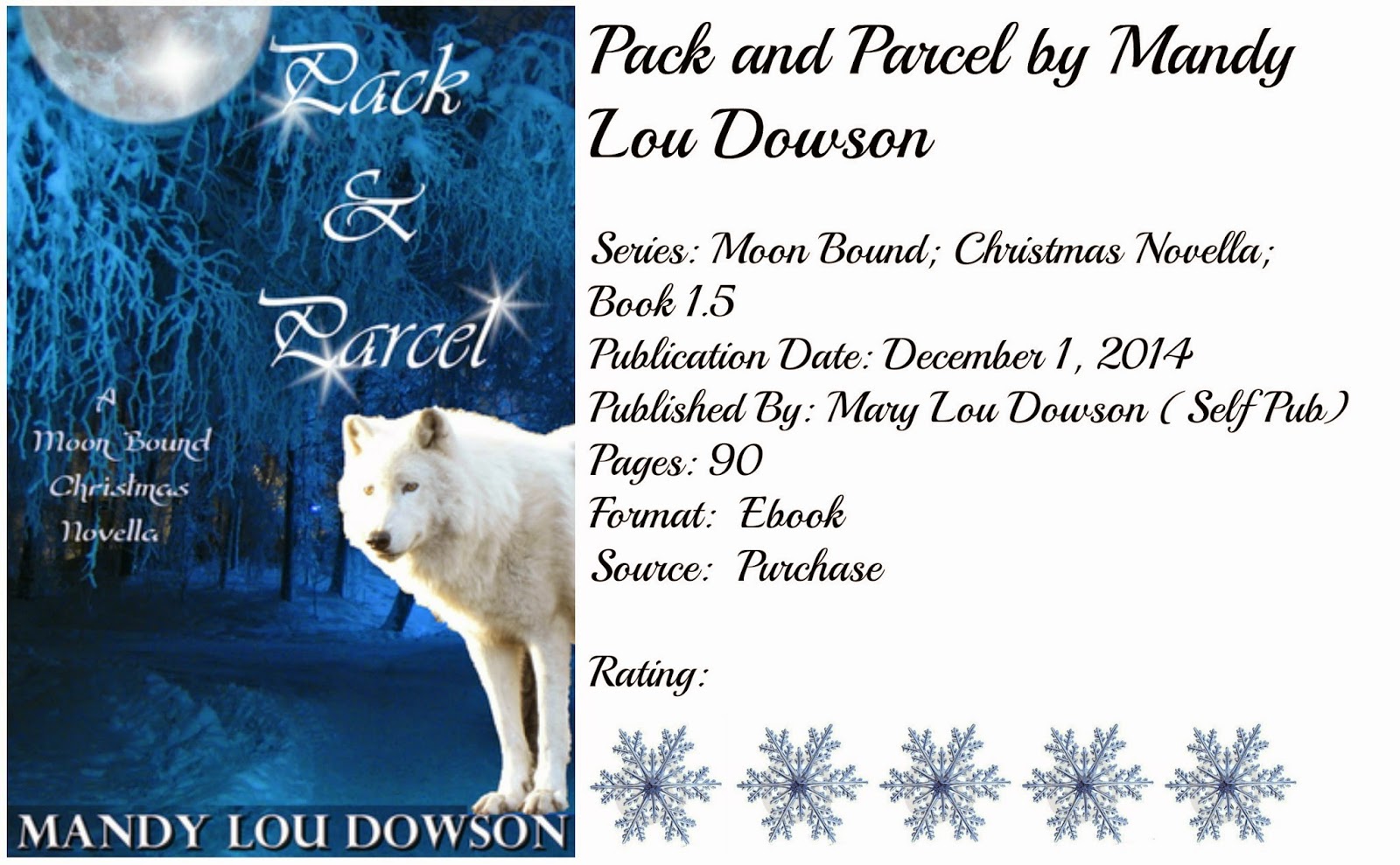 A mother on the run. A hungry and very tired child. Foreign pack lands. What does that have in common? The Tall Grass Pack and a new dawn in the horizon.

We meet Leesh and little Jase; both on the run from Leesh’s mate. It was one thing for him to beat her, she could take it and did but the line was drawn when he struck her son. That is a line no one should ever cross. Now they are on the run, trying to stay ahead of her mate. If he catches up to them he would most likely kill them both. She -no matter what- will do all in her power -pitiful as it is- to save her son. As they travel across the lands Jase and Leesh make a camp -which Jase guards- while she goes off and hunts up some food. They desperately need the nourishment.

Wallace, master of the hunt for the Tall Grass pack comes across their campsite while out on a patrol. There are rogues out and about, he sees signs of them everywhere. Could the new campsite he has just came across be rogues as well? As he snuck up to the sight he was Jase. Little tiny Jase guarding the campsite with a stick. The pup was very focused on his job too. When Leesh came out of the woods with a couple of rabbits for them Wallace waited patiently. When Wallace makes his presence know Leesh backpedals. Offering him to their meal. But he refuses. Telling them to stay and eat but to be careful there were rogues about. There was something about them… he was curious. What would have them both looking so scared when they saw him? Who were they running from?

After their meal Leesh gathers up their things and they start walking again. After a little time poor little Jase just can’t go on so she scoops him up. And they walk more. As they walk along the road a man appears. A rogue. Which Leesh knew this could end...badly.  She ran, keeping her child folded against her chest. She found a small cave and shoved her son in and cowards with him. Hoping the wolf would run off. No such luck though. As he stood there and taunted her Wallace showed up. Needless to say her put the rogue out of his misery.


After coaxing Leesh and Jase out of their cave he decides to take them home with him, to the pack. Yes they are technically rogues but they are running from something or someone and he knows they need protection. Bringing them to the Alpha’s home they are greeted by tired eyes until Beth (the Alpha female) notices the child. They are swept into their home and given room and much needed safety. But Leesh knows she must leave again soon to keep her mate from finding her and bringing trouble to this pack.


As the time passes, the days turn to night and night to a new day. Christmas is only a day off now and Beth gets Leesh to agree to stay until after Christmas. Give them more time to eat, rest and get their strength back up since she is determined to leave.  As Christmas day dawns Leesh wakes to an empty bed. Jase’s voice woffs up the stairs and he sounds happy. A sound she hasn’t heard in such a long time. It melts her heart. As she joins the Alpha’s and her son she is gifted with a box of herbs she will need on their travels and a surprise that was delivered to the house from Wallace this very morning. It is not much but it was made just for her. She unwraps it to reveal a slab of wood and a carving done of a mother wolf standing protective of her cub.


Wallace -who this whole time is pacing in his room- is hoping his little carving wasn’t taken the wrong way. It was just a little something he wanted her to have. When she shows up on her doorstep to thank him they both get a good sense of what they need -each other- but they are both too stubborn and leary to move upon it. But its obvious. The next morning with their rucksacks on they take off across the Tall Grass territory and head towards their first stop -Beth and Gareth’s old pack lands- the Loam Floor lands. As they are greeted they pass a missive off to Beth’s den father and they are taken to the Alpha’s house. They are just passing through so they are given a place to stay. Jase gets a little room and then Leesh and Wallace are to share one. Well she thinks she is sleeping on the floor, Wallace isn’t having that and then she offers him to share the bed. Best decision she ever made. After falling asleep -many hours past- Wallace wakes up to Leesh curled up into his side. That turns into her kissing his scars on his belly and sides.. and yeah it wakes up his hunger and need for her. Needless to say.. things go from kissing to them being bonded in a matter of time. And holy hell it was friggin’ awesome. (grins)


They do continue on their travels. Leesh still thinking in a few days time she will be leaving him to get her and her son to safety. He is thinking he will just follow them wherever they go. If they are there, he will be home. By the time they get to the border lands of the Swift River pack they are both fighting to keep it together. They are now bonded. They love each other but the worry of her ‘mate’ Shawn finding them is still heavy on her mind.


That all comes to a head one night. While Wallace is out hunting she and Jase are left at the campsite. Shawn shows up. We get to see what a miserable, disgusting pig of a man he is supposed to be. Asshole just doesn’t cover it. But, Jase runs off into the woods and Wallace comes to the rescue. It isn’t until the nasty fight is over that Jase runs off. Wallace is upset because he killed the boys father in front of him but that wasn't the problem. To a five year old his dad was always the biggest wolf. So when he saw Wallace -a much larger wolf than Shawn’s- kill him Jase thought it was Wallace that died. So he ran off to hide.


When the boy sees Wallace is indeed alive he launches himself into his arms and clings to him.  (Such a sweet moment. I so teared up.) So with the threat of Shawn out of the way they can go home to the Tall grass pack and that is what they do. They are officially mated and life as they should have always had it goes on. Even though it was after Christmas I still say its a Christmas miracle that all started with a small piece of wood that let Wallace show Leesh just how he saw her. Forget the scars he saw a brave, strong woman who would do anything for her cub. It was the perfect ending to a perfect love story.

Start watching the clock, the Countdown to Christmas day has begun!