Quinn is looking forward to her senior year at Poe University. She has big plans to hang out with her best friend, flirt with a certain boy genius, party at her favorite dive bar and figure out what she’s going to do after graduation with her not-so-useful art major. But that’s before she meets Luke, a hot townie who’s moved back home to help take care of his dying sister. And it’s before a weird epidemic sweeps across campus, mysteriously turning people’s eyes purple.

Is it an odd side effect from a new party drug?

Is it a rogue virus developed in a campus lab?

Is it the mark of the devil?

Soon the town starts blaming the university and the student religious group becomes frighteningly aggressive in their on-campus accusations. Quinn and Luke are caught in the middle—until a tragic accident forces Luke to reveal the one part of himself he’s kept carefully hidden. That he’s so much more than the happy-go-lucky boy next door Quinn had believed him to be isn’t a surprise…but this truth might be too dangerous for her to handle.

First off, many thanks to Inkslinger PR, NetGalley and Caitlin Sinead for the opportunity to read this work in exchange for an honest review.  It was my pleasure to read and review this romantic thriller.

Quinn Bellingham is, as the blurb above tells us, a senior at Poe University in Allen Virginia. Allen is like many college towns - quaint and cute, with many eclectic shops and stores within the radius of the college campus.  Unfortunately, also like many college towns, there is tension between the students and the year-long residents, or townies.  Sometime this tension can turn deadly.

This novel opens at a fraternity party attended by Quinn and her best friend/roommate Mandy.  The author certainly doesn’t waste any time ramping up the drama.  Enter Natalie, a town resident about the same age as the college students, who is intoxicated and lashing out at everyone there.  Seems that a student drove while drinking, and hit her sister, killing her.  Natalie is taking out her anger on anyone and everyone from the college, especially those who were at that particular party.  Mandy is the only one to stand up to her, telling her that while everyone is sorry that Lynn died, no one there is to blame.  When Natalie uses a slur against the freshman that Quinn is mentoring it is the straw that broke the camel’s back.  Mandy slaps the starch out of Natalie, and I can’t say that she didn’t deserve it.  Quinn and Mandy leave, going over to Sally’s, a local bar that they frequent.

First she meets Luke, who will become more important in this story very shortly, but here they are just bumping into each other.  He helps her clean up some broken glass, establishing that he’s a good guy. They notice each other, then go on about their business.  The girls meet up with Zachary, Mandy’s boyfriend, and Rashid, Zachary’s roommate and Quinn’s kinda-maybe fling.  They are there in the bar celebrating one of Zach’s papers being published in a scientific journal.  Rashid and Zach are both scientists, and are both super smart.  Quinn feels uncomfortable about Rashid, knowing that he wants much more from her than she is willing to give.  Here we establish that Quinn is really not looking for a steady man, she is just trying to enjoy her senior year.  The next morning is really where this story starts to rock and roll - Quinn is awakened by Mandy screaming.  When she rushes to her side she finds that her friend’s eyes have turned purple overnight.  What could have caused it?  The girls rush to the college clinic, which in turn sends them to the emergency room.  No one has a clue what might have caused the change.  Ultimately, they send her home, as she is feeling no physical pain or effects.

Quinn convinces her to go out with her that night, to get her mind off of it.  They go out to Sally’s, where Quinn meets Luke again, properly this time.  Quinn is leery until Sally herself tells Quinn that Luke is an alright guy.  They talk, and eventually Quinn invites him back to the apartment to try a beer that she and her upstairs neighbor Conrad brewed themselves.  While they are there they hear a crash.  Mandy and Zach are outside, and Mandy is cut badly.  Luke suspects that Zach cut Mandy on purpose, but convinces them to go to the hospital.  Mandy heals quickly, way too quickly to be considered normal.  The next day Zach has developed the purple eyes.  He tells Quinn about some drugs he got from DC,  and that he and Mandy both took them.  He’s afraid that’s what caused the eye color change.  Word has gotten around the small town about Mandy’s rapid healing, and a reporter is trying to find out more.  Luke and Quinn go out again, developing more of a connection, despite Quinn’s wish to remain unattached.  He reveals that her dance troupe’s advisor is his sister, and that he moved back to town to help take care of Ginger, his other sister, who has ALS.

A week has passed since Mandy woke up with purple eyes, and other than Zach, no one else seems to have them.  Even though, a reporter for the local paper has gotten the nurse at the ER to talk to her, and Mandy is now known as Miracle Mandy around campus.  Mandy is less than pleased about this.  The leader of the interfaith council at the college is also making noise about evil eyes and people being marked by the devil.  Tensions are escalating more and more, especially as Natalie latches on to the story and begins spreading stories of contagion around town.  The town is beginning to turn against the college students.  When the situation turns violent, Quinn, Mandy and Luke are right at the center of the storm.   More people start turning up with purple eyes, inciting panic around the town.   Secrets start to pile up, and people start to get hurt.  When the government quarantines the town Quinn finds herself in a situation where she has to reveal her own closely guarded secrets.  It’s a tense race to the finish line in this story, making you constantly guess who is innocent or guilty or just caught in the middle.

I enjoyed this novel very much!  It had just the right mix of spice and tension, and kept me guessing who the “bad guy” was right up until the very end. It’s the characters that make this novel - even the “minor” characters are so detailed and well done that you can’t help but develop solid pictures of everyone in this novel as you read.  And the plot!  **throws hands up** In this day and age with our fear of bioterrorism and epidemics, this was a plot that you could very easily see happening in real life.

I would recommend this for anyone - it is a length that one could read in an afternoon, and I would personally love to see this on the top of the  “Beach Reads” list this summer.  The plot deserves it.

Caitlin Sinead is represented by Andrea Somberg  at Harvey Klinger, Inc . and her debut novel, Heartsick , will be published by Carina Press  in 2015. Her writing has earned accolades from Alfred Hitchcock's Mystery Magazine, Glimmer Train , and Writers & Artists, and her stories have appeared in multiple publications, including The Alarmist , The Binnacle,Crunchable , Jersey Devil Press , and Northern Virginia Magazine . She earned a master's degree in writing from Johns Hopkins University . 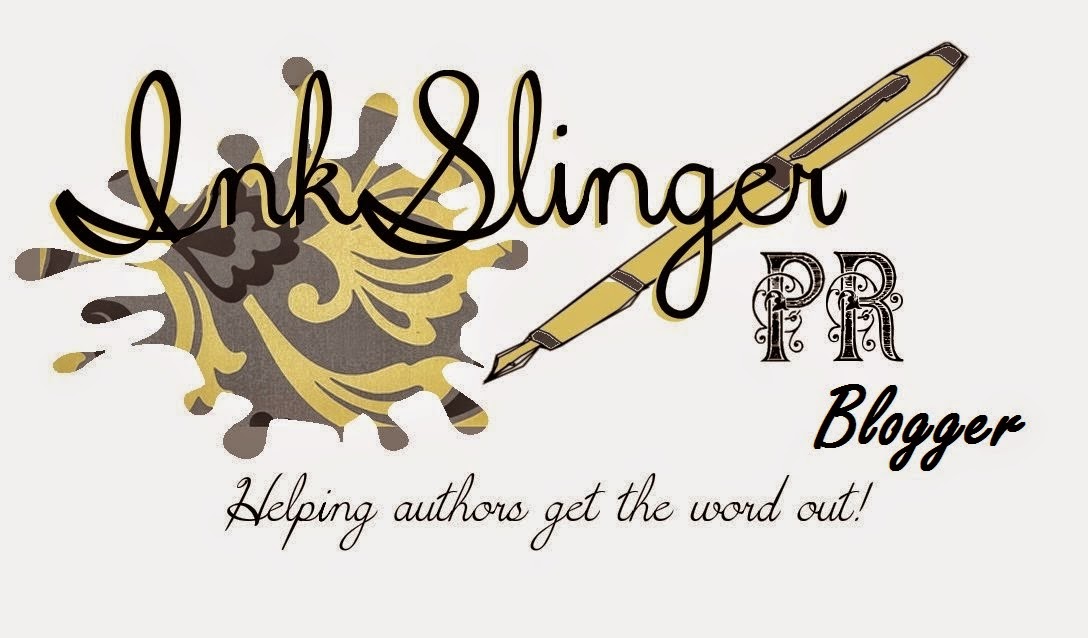