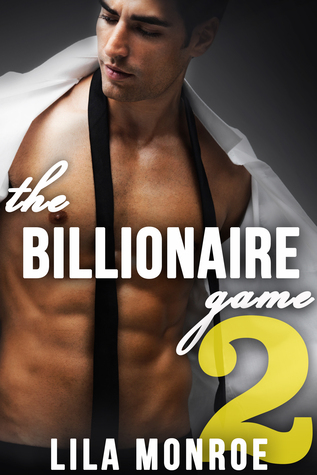 Who would have thought a month ago I'd be opening up my very own luxurious lingerie shop? Playboy billionaire Asher Young, that's who. And with his encouragement, and deep pockets (that look very good on the seat of his tight pants), my dreams are finally coming true.

The only problem is, my silent partner has turned out to be all mouth — and lips. And tongue.
Is he for real, or is this just another one of his flirty games? With my dreams on the line, I can’t afford to get played.

But when he touches me like that, all bets are off.. 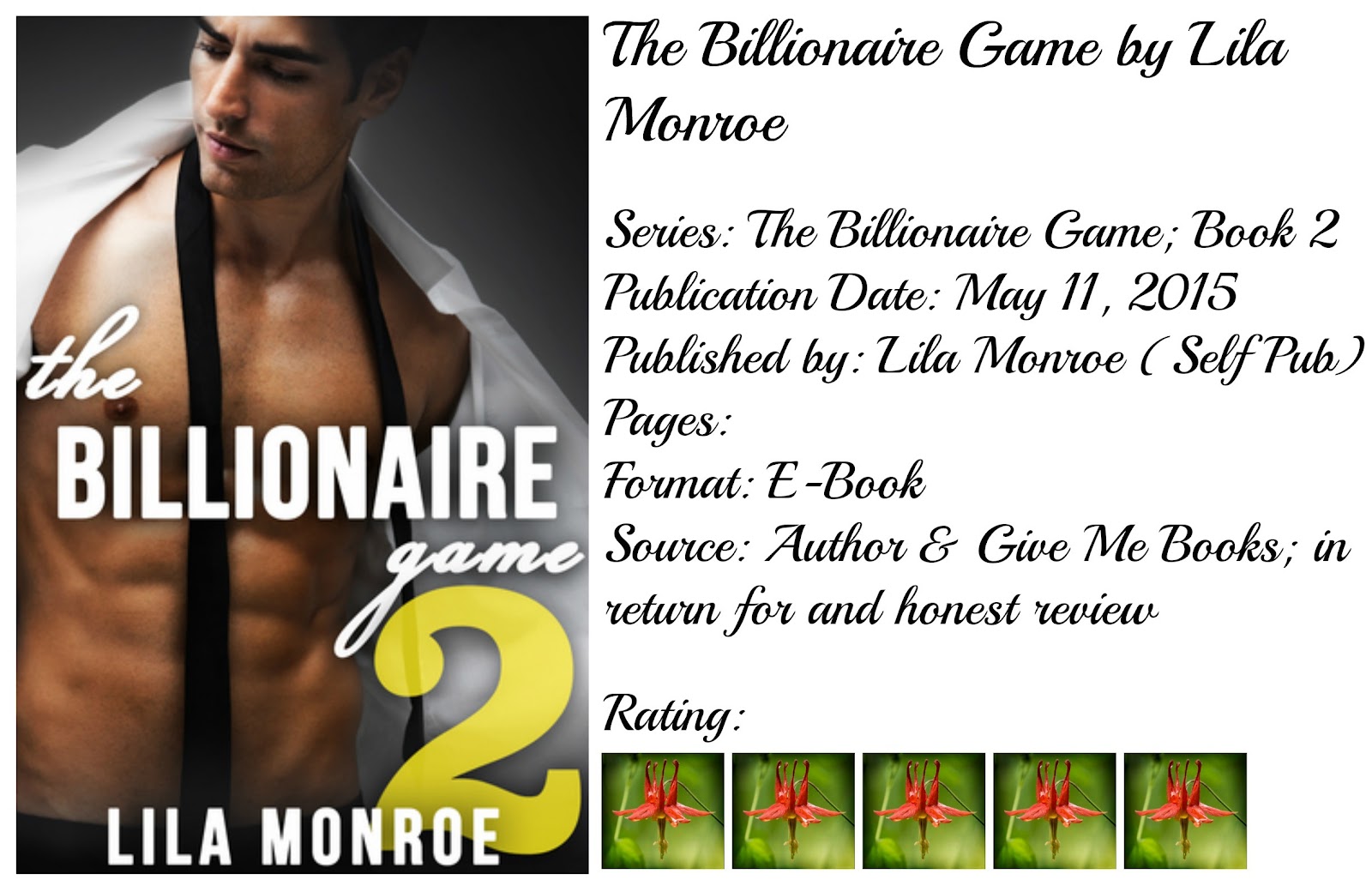 First, thanks to Lila Monroe and Give Me Books for allowing me a copy of this installment of The Billionaire Game to read in exchange for an honest review. I love Kate, no way not to. She's all kinds of awesome. A spitfire and man ole mighty she's one hot tamale!

So Katie and Asher are still working out this whole "let's be partners" thing. It's like a knock out drag out fight all day long. Kate pausing for the things she wanted to make her life long dream come true. Asher is pushing to do things cheaper (why I have no idea) but he says it’s for them to re-coop the money spent. Of course he doesn't word it that way. He's being an ass hole, a jerk and all the things men do to make woman mental. (Laughs) there is something up with him. It's almost an unspoken ticking time bomb. You're just waiting for it to go BOOM!

As the time nears for the opening day Kate stresses even more and Asher trying to keep her from flipping out. Just as things start to pick up between them disaster strikes. The shop has been flooded by a busted pipe. Asher gets in under control but it's overwhelming to care. (Which is completely understandable.) so making calls, getting things cleaned up and shelves restocked was priority. They manage to get it all done and then it's opening day. The one thing that Kate had always feared came true. Asher's 'true colors' shine through. His secret was revealed. Kate's heart broke and she runs off.

Now, we have to wait and see what in the hell is going to happen. For me I'd like to beat the mess out of Asher and make him cry like a bitch.

Email ThisBlogThis!Share to TwitterShare to FacebookShare to Pinterest
Labels: Book Review, Give Me Books Promotions, Lila Monroe, The Billionaire Game