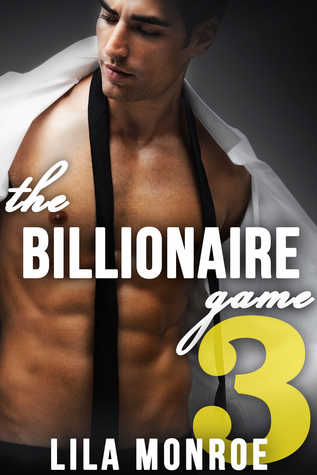 I knew he was trouble.

You’d think the words 'Playboy billionaire’ would have been my first warning, but I went and fell hard for Asher Young. He said he believed in me and my lingerie design business, but it turns out, it was all just a game to him.

I never want to see his irritatingly-handsome face again. But how am I supposed to move on when he’s still my #1 investor?

I can’t decide if I want to slap him, or kiss him senseless.
Or both.

*The third and final part of the Billionaire Game serial!* 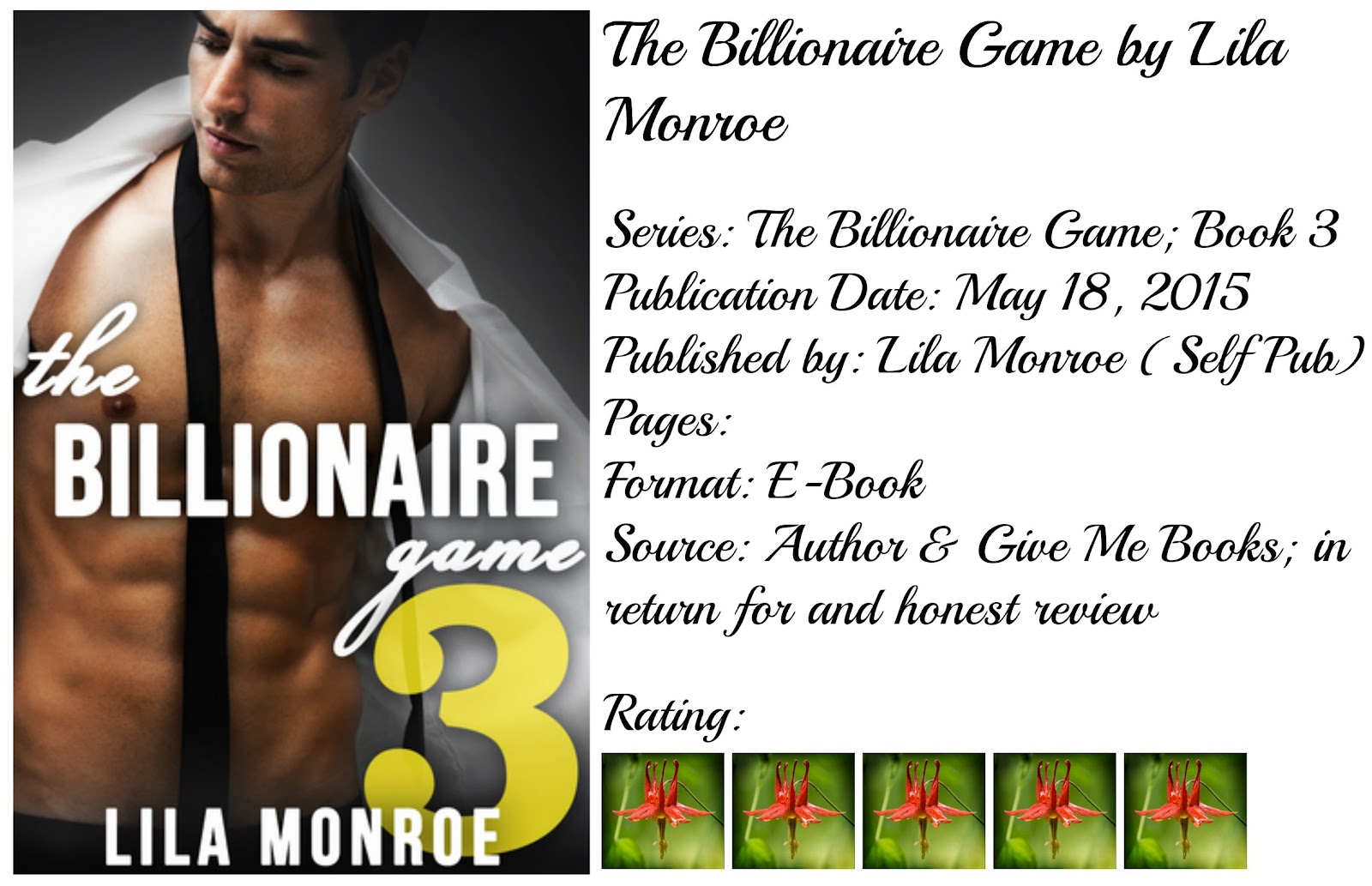 First off, thank you to Lila Monroe and Give Me Books for providing me with a copy of this installment to read in exchange for an honest review. Secondly, it’s a sad day. Why? Because this is the final installment of the serial. The final nail in the coffin so to speak. (sniffles) God, I do love a good story, even if the cliffhangers get my heart going and make me have a hissy fit like a toddler on a candy high.

Poor Kate. Talk about a slap in the face. Asher’s ‘bet’ struck her in a way that she can’t handle. Brody though is a jackass of all jackasses to break it to her like that on opening day. Her special day was turned to shit thanks to the two of them. But our Katie is a fighter. And fight she does. Even if it hurts her to fight, to be the woman she is supposed to be. But there is more to the story than she knows. (I knew that from the moment Asher tried to explain to her what happened.) To say Kate is strong willed would be like saying an elephant's ass isn’t the size of a buick. But, she has a right to be mad. But I feel she was unfair to Asher. Ugh, I know, I never thought I would say that out loud. (laughs hard) Our billionaire geek has hit a sweet spot inside me. Stranger things have happened.

If Kate has one thing in her arsenal its determination. She is going to make her way and she is going to prove the people in her life that have always put her down that she can do this. She will not be defeated by fear and loss. As time passes Kate still refuses to deal with Asher. Why should she. He wanted to be a silent partner, now the ass can be silent. But… again she was too hard on him. She wasn’t being true to herself either. She was leaving the hurt and pain inside her to be dealt with at another time but until Kate was forced (in a roundabout way) to face it she knew what she wanted. She wanted Asher. So she went after him.. only to hit another roadblock.

Kate, god love her, has her insecurities. Any successful or not so successful woman does but hers are on a level all their own. Her family, for crying out loud, they make crazy people seem sane. I swear they all need jackets that make them hug themselves. And a boot up the ass to boot. Though, finally Kate gets enough of their shit and tells them all off. I cheered. Can’t lie. I loved it. But it was what she needed to spur herself on. To become one with the her inner goddess. And thanks the gods she does because it allows her to really get a glimpse into who Asher is and that they both, despite the arguments, the pressure and the hurt it all comes down to what the heart wants. Asher’s heart wants Kate’s. Kate’s heart wants Asher’s and that is the way it should be. Their love is screaming, “Beam me up Scotty”. (yes, I am a Star-Trek geek… most days. lol) In the end that is the only thing they have that they know can last. Love. Its the heart to anything worth fighting for.

Email ThisBlogThis!Share to TwitterShare to FacebookShare to Pinterest
Labels: Book Review, Give Me Books Promotions, Lila Monroe, The Billionaire Game