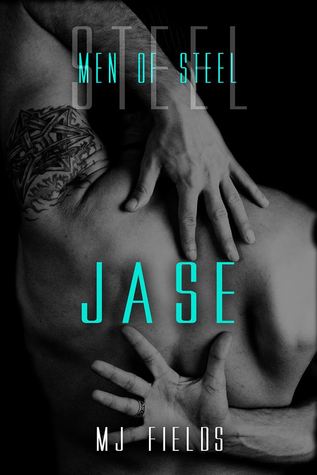 Meet Jase Steel, a twenty-two-year-old hot-as-hell, tattooed, and pierced bad boy, who doesn't care what you or anyone else things of him.


But Jase's wild ways and "who gives a f" attitude is about to change. He can't seem to get the beautifully innocent, blonde college girl out of his head. So what she's the cousin of a friend who does not approve? Jase has never exercised self-control when it came to getting a woman, and he wasn't going to start now.


After tricking Carly into “fake dating," it turns out the joke's on him, as Jase falls hard and fast for her. But as painful secrets from his past come to light, Jase will have to man up and bare it all to Carly, even if the ugly truth could tear them apart forever.


JASE is book 1 in the bestselling erotica series MEN OF STEEL by MJ Fields. 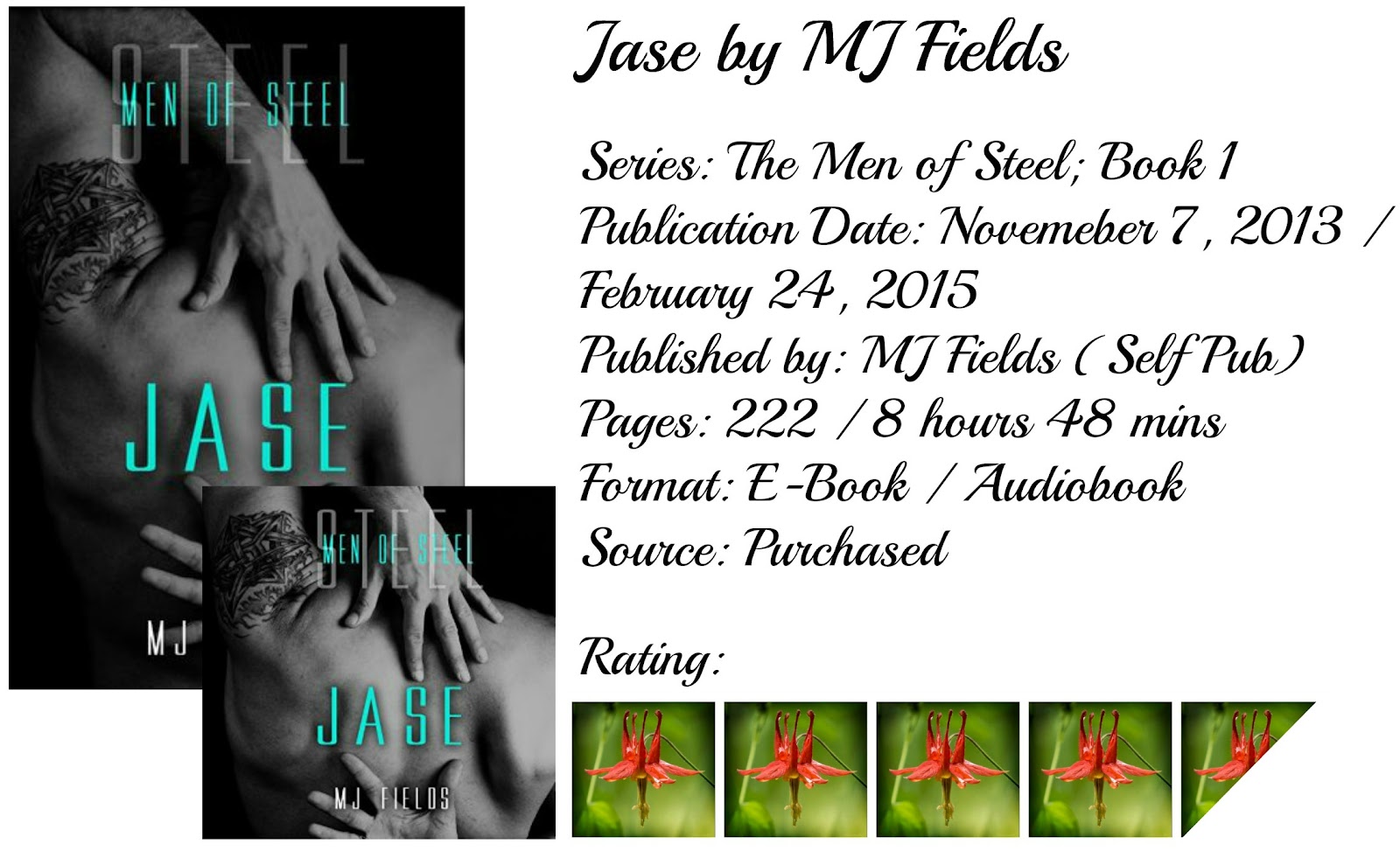 Thank you audible! And, oh man I’ve been dying to start these books (yes I have them all in ebook but I am impatient!!) This book started out with a bang! Ha. I love it. I loved Carly when she was introduced to me in the “Ties of Steel” series. (Yes I read them backwards.. lol) And I absolutely love her more now! MJ’s Steel world is one of a kind. And uh, do I even need to say it.. its a HOT ALPHA MALE world.. and sweet baby Jesus these men are just... yummy. What a way to start the series. I love Carly!! And oh man I swear I wanted to slap Jase one minute, hug him the next and then just wanted to shake him. Though, I get it. I do. But I wanted him to get his shit together. And I'm glad he finally got his ass in gear.


Carly is a sweet girl. An innocent girl. The all American girl. And what does she do while spending the summer weeks with her father and brother in New Jersey while her mom goes off on a retreat? The California girl runs into… her man of Steel. She is reunited with Jase Steel. A boy she’s had a little crush on for years. And the Sparks start to fly.As the time passes Carly and Jase’s little game of goo goo eyes isn’t cutting it so he makes a move. And is brushed off. (laughs hard) But in Carly’s defense the jackass has a troll, I mean girlfriend up his ass all the time so.. yeah Carly is not a two timer like that. Eventually Jase leaves the heffa, I mean Pam, and comes onto Carly even more than he was already. They 'fake date' and the attraction grows between the two of them. But Jase's past comes to the now. A death makes him have to make a choice, one he's not had before. Carly, who is left heart broken, pissed off and completely confused has no choice but to be strong and move on.


Then just when she thinks she can move on and push past Jase, she falls back into his life. (Literally, she falls on her ass! Again! The woman is as clumsy as a giraffe on roller skates.) Christmas is a time to start over... or it is for them. Jase makes a confession. One that lets Carly in on the secret of Jase's past. Him and his ex had a baby. Charlie, his ex, died during childbirth. Bella, was taken and even though they fought for her until his ex's father died he had no way to get anytime with his daughter. It was time for something more. A new start. Carly makes a promise to finish school and They will try to make this long distance thing work. Carly meets Bella, thanks to face-time. The relationship between Jase and Carly grows and then... it crumbles. Leaving Carly heart broken a second time. Broken even.


Carly needs a distraction even more now. Working at school, taking all the classes she could so she could graduate early. After her mother's death, Carly and her moms boyfriend, Carly's professor, got a grant and would be moving back to New Jersey and working on a medical project. What she doesn't know is that the company she will be working for belongs to Jase and his family. When that fact is made known... well she goes off. But stays there for her moms friend. She loves the man that loves her mother. Then things go from crazy to calm and then... Carly comes face to face with Bella. Of course it's an instant love again. But then Bella's 'aunt Pam' seems to see Carly as a threat and tries to get Bella from her. Then, all bets off. Carly takes her back to Jase. And the Sparks there fly again. Jase and Carly move on, together.


Once they started over as friends, things went together great. The old Jase and Carly were back. The love between the two of them sparked full force. They could truly get on with a life that was meant to be. Together. Forever Steel.