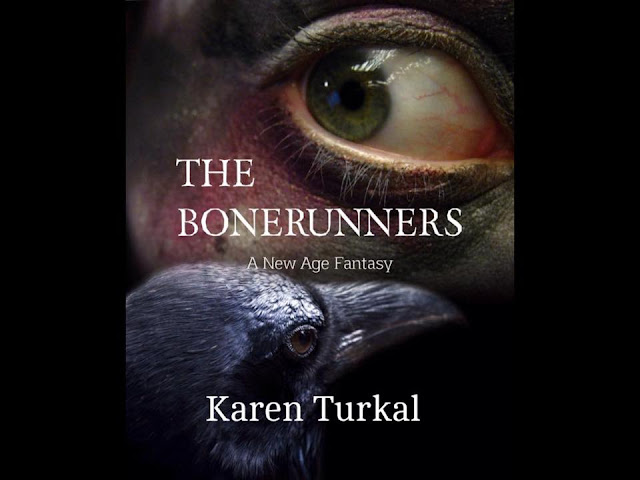 Blurb:
A vivid nightmare. Two voices. The murder of her mother. All these things have Dia Swift disoriented and scared to death. Dia's life had been routine. From being home schooled to traveling the globe, her first twenty-three years were ordinary. Everything is about to change. Suddenly, she finds herself in the middle of a woods, standing in front of an old cabin. Will Dia be able to unravel the mystery of what she is and stop the dangerous man that's haunted her dream? The only living relative she has left is her Gram Spina. Gram Spina--who only hangs around long enough to speak in cryptic phrases and then disappears. Strange notes lead her to terrifying adventures of horror. Crows and a little piglet help her discover and develop powers she didn't know existed, or did she? Outerbones, a Bone Triangle, and people called Corvids become the beginning of many mysteries of maiming, mayhem, and murder.

Inspiration. Such a lovely word, isn't it? The word itself brings my imagination alive. Memories flood my mind--past, present, future--so I grab one. Any one.


I watched a bumble bee the other day. One of those big black and orange ones. He buzzed here and there minding his own business and I wondered how such a peaceful and beautiful creature could bring horror to your life in an instant just by the tiny stinger he has. So when I got stuck in the middle of writing book two of the Chronicles of Corvacadia, I thought about that bee and how the words I write can start out beautiful and peaceful and then bring about a wonderful crash of action and horror. So I found myself writing at a frantic pace. That tells me inspiration and creativity can be found in every thought you have.

Author Bio:
Karen Turkal resides in a small town in Ohio and is an old fashioned country girl. She loves to hang out with her husband and their dog--Jack the Thunderdog. Even as a young girl, Karen could find magic everywhere--above puffy clouds, under a green leaf, inside a shadow.

A new author, she has published her first book, The Bonerunners. Karen Turkal just wants to tell her readers a story and thinks maybe, the secret to life is caramel.