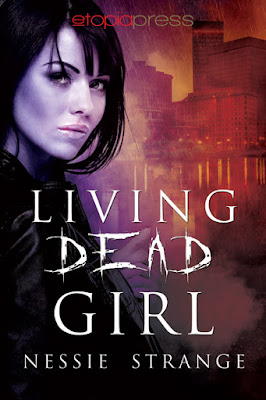 Jen knows tattooed, blue-haired Jack Norris is trouble the minute he opens his front door. And being a mortician in the avante garde East Side of Providence, Jen has seen a lot. Jack has recruited Jen's teenage brother Drew to play drums for his less-than-respectable punk band, and Jen has no choice but to follow their gigs to keep her little brother out of trouble. But when Drew goes missing, she finds herself in the awkward position of asking for Jack's help. Shocked that he agrees, Jen decides she may have misjudged him. Worse, she might even like him.

But when Jen is brutally attacked, she awakens in the hospital where a Sid Vicious look-alike greets her with the news: she's dead, and he's the reaper assigned to take her away. Yeah, not so much. Refusing to leave, Jen's spirit watches helplessly as her loved ones suffer, powerless to ease her family's grief or prevent the police from accusing Jack of her murder. Desperate to help them, Jen convinces the reaper to bring her back. But reanimating corpses isn't as easy as it looks, and neither is finding a killer before it's too late... 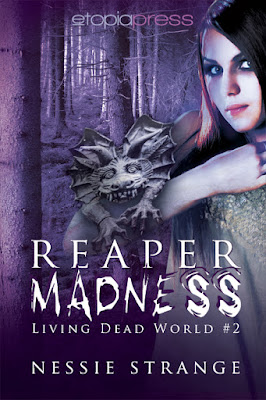 This isn’t the afterlife she expected...

Jen MacLellan can’t get the hang of being a reaper. She’s been separated from Jack, the man she loves, and is stuck with an annoying telepathic link to her ill-tempered mentor, Sam. Now Death is breathing down her neck, promising to remove that annoying link if she gives him what he wants. But when reapers begin to disappear back on earth, leaving behind walking, talking dead people, Jen and Sam are thrust into a dangerous mission to recapture the souls, and a passionate physical relationship that complicates everything.

Jack Norris has no memory prior to waking up on the half-demon Nulcifer’s couch six months earlier. As he begins to investigate his past, he discovers a string of past lives tied together by a beautiful, mysterious brunette. Who is she? And why does finding her seem like a life or death proposition?

When Sam falls victim to fate during a routine visit to earth, Jen’s devastated. Desperate to get him back, she runs smack into the man she never thought she’d see again—Jack. She tries to keep her distance, but there’s no time to be awkward if they want to save Sam. When sinister plots are revealed, and betrayals threaten everything, she’s forced to make some tough choices—and learns that life is just as difficult when you’re dead. 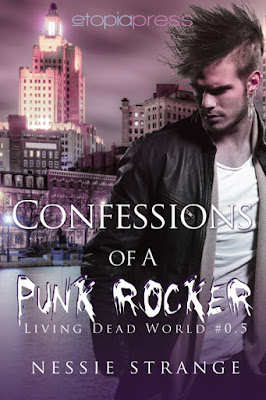 The dead should stay dead...

Jack Norris has just lost his best friend—who also happened to be his band's drummer—to a drunk driving accident. As he struggles to deal with the band's uncertain future and his own personal demons, those issues soon become unimportant. His dead friend has come back. And he's not showing any signs of going away. Questioning his own sanity, Jack finds his life spiraling out of control. But when a new acquaintance not only hooks him up with a drummer, but promises to help get rid of his ghostly stalker, Jack's life does a one-eighty.

Drew MacLellan, the new drummer, is more than just a new set of sticks—he's the brother of the insanely hot Jen MacLellan, who's definitely not Jack's biggest fan. Jen is nothing like the women Jack's dated in the past, but the more he gets to know her, the deeper he falls. The only problem is she's got a boyfriend. Caught between his growing attraction and the desire to do the right thing, Jack does everything he can to keep his distance. But the more he sees of her, the more he realizes he can't. He's determined to win Jen's heart, if only he can figure out how to help his dead friend rest in peace...permanently. 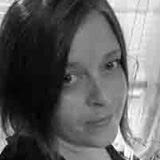 Nessie is a Massachusetts native and mother of two who has dabbled in everything from abstract painting to freelance sports reporting. She also loves a good story, whether it's reading or writing one. The first two novels in her Living Dead World series--Living Dead Girl and Reaper Madness--were published in 2014 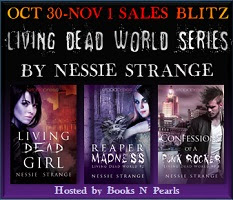