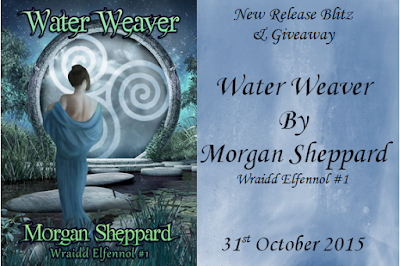 Blurb:
The young maiden, Marella, was born to the island of Wraidd Elfennol, a place balanced by the four elements of nature – Earth, Air, Fire and Water. The essence of each element contained in sacred artefacts ensuring the balance of life.

Every year, the community from across the island gather for the Summer Solstice. It is at this celebration the Lords and Ladies of Wraidd Elfennol make an astounding announcement. The sacred artefacts are missing. They then proclaim that four individuals, along with their animal Life Partners, will be selected to restore the balance.

Marella and her otter, Nixie, are chosen because of their link to the element of Water and along with her, three others – each in-tune with a different element.

Together they embark on a quest to either find the missing artefacts or somehow create new ones. As the world around them changes, danger lurks with every challenge the group face. They must hurry as the elements need to be restored before a year and a day have passed.

Failure is not an option or the world as they know it will cease to exist. 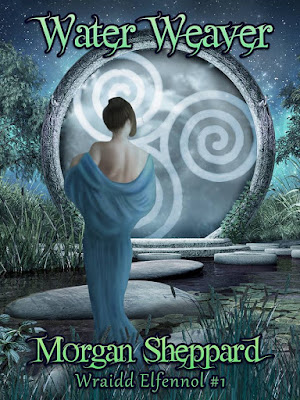 Excerpt:
As Marella watched the bonfire, she could feel a sense of anticipation. She could feel something. but just didn’t know what. She must have made some noise, some movement, because Edlin looked down at her. “Marella?” he questioned.

She laid her hand upon his arm and then, in a sudden movement, threw her arms around his waist. “It is time,” she said simply, before turning to Riva and holding her too.
Edlin and Riva watched Marella as she turned back towards the bonfire. They saw her head move so that she could see towards the north. There stood Daren with Ula by his side. Together they stepped forward until they stood in the place that Demi had just vacated.

“We are the Chosen of Lady Daire – called to represent Earth, the senses, and our ability to manifest our desires.”

Daren’s voice boomed out so that he could be clearly heard by everyone in the main square and sounded as deep as the earth itself. Ula let out a spine-tingling howl as she lent her voice to the occasion.

Lani moved forward, showing no sign of the shyness that had been with her earlier. “We are the Chosen of Lord Adaryn – called to represent Air, our thoughts, and our ability to have a sense of self.” Lani’s voice was filled with the power of the winds. With a screech, Shaw circled above her head before landing on the ground next to her.

Then it was Kai’s turn and he stepped up to the bonfire with Kenna at his side. “We are the Chosen of Lord Ethon – called to represent Fire, our passion and ideas, giving us the ability to make decisions.” Kenna gave a bark followed by the fox’s call that is often mistaken for a woman in distress, known as the Vixen’s Scream.

It was time for Marella to complete their circle. She looked at her parents before looking down to see Nixie by her side. “Ready?” she thought to him.

Together they walked into the light and felt the heat of the bonfire upon their faces. She raised her voice to the sky and said, “We are the Chosen of the Lady Erwyna – called to represent Water and our emotions, giving us the ability to be moved by feelings.” Nixie gave the loud scream that was usually only used by otters when they were threatened. Marella had never heard him make this noise before and she felt it down into her very marrow. 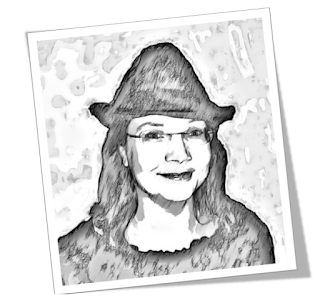 I am a wife, a mother, a sister, a daughter, a friend, and a lover. I am many things, been given many labels, but I can say that I am just 'simple complicated me'.

Always a prolific reader and dabbler in my younger days with short stories, poems and limericks, I have just published my first Epic Fantasy novel, 'Water Weaver'.

Here are a few of my favourites:
Favourite quote - "Aim high and reach for your dreams"
Colour - Rich Purple
Food - Chocolate (of course!)
Time of Day - nighttime, I love the moon in all her beautiful phases
Season - Autumn/Fall
Weather - I love the rain and thunderstorms

I welcome your company as I walk my path.