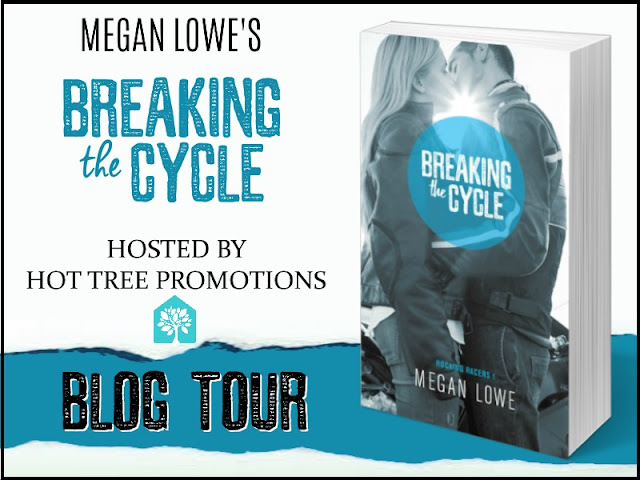 On sale for 1/2 price for a limited time! 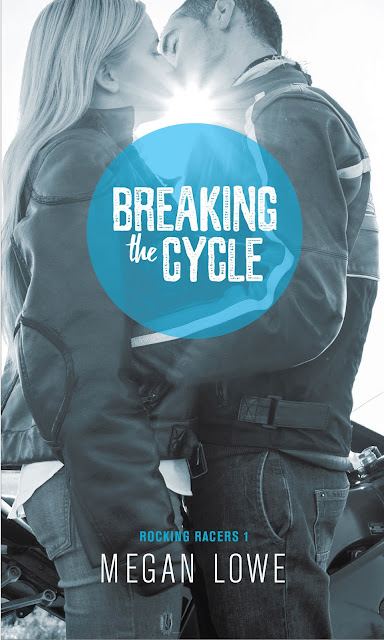 The Ryans have always had exceptionally bad luck in love. Reed Ryan avoided it by never falling in love, but meeting Bria Adams threatens all the boundaries he's put in place.

With a rival racing team at his door and his family's 'curse' always in the background, Reed knows he must overcome his fears in order to protect the woman who's found a place in his heart.

Will Bria succumb to the misfortune that seems to befall the women in love with the Ryan men? Or will she be the one to finally break the cycle? 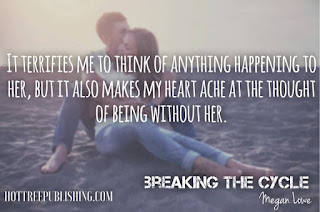 Megan Lowe is a lost journalism graduate who after many painful years searching for a job in that field, decided if she couldn’t write news stories, she would start listening to the characters whispering stories to her and decided to write them down.  She writes primarily New Adult/Contemporary Romance stories with Sport and Music themes. She is based on the Gold Coast but her heart belongs to New York City. When she’s not writing she’s either curled up with a good book, travelling or screaming at the TV willing her sporting teams to pull out the win.

A Wounded Soldier. A Waitress. A Determined Mobster.

Harlan Granger is facing a fate worse than death. He’s been discharged from the Army thanks to a piece of shrapnel near his spine. He was born to be a soldier and hasn’t a clue what to do as a civilian. Hopefully, he can keep himself occupied with work on his parents’ house until the worst happens. All too soon, he realizes the peace and quiet he so desperately needs to heal and think isn't to be found in his hometown. Trouble has found it's way to Bluff's Corner, and it’s centered around his brother’s business. His brother’s pixie-like neighbor has Harlan’s trouble radar going off the charts. It's not just his attraction to her that has him second-guessing himself, he's sure she's hiding secrets of her own, secrets that could be dangerous both to her and his brother.

Rilie Lazar is finally beginning to enjoy life. The people in Bluff’s Corner, Colorado are friendly but not nosey. Her quilting business is going well and her best friend is the funniest guy she’s ever known. At least, he was until the night his brother walked into the bar. He might be the best looking Alpha male she’s ever met, but he’s putting a definite damper on the atmosphere. Worse, he’s bringing back memories she would rather keep buried. Memories that have her looking over her shoulder and being on guard all the time. She thought she left all that behind, but what if he’s right?

If you like brooding heroes, feisty heroines, and romance with a few bumps along the way, you want Harlan's Haven.

A note from the Author:

You can see more of Harlan in the first book of my new Master Security series. While I can’t give you the link yet, I’ll let you in on a little secret. Harlan is stopping by this series to let you know he’s going to have a spinoff series of his own. That’s right. Later this year, I’ll release the first book in a series dealing with heroes and/or heroines who need some assistance getting their lives back on track after being discharged from the service. In fact, even before that series is released, the second book in the new Master Security series will have a hero who is one of the men Harlan helps. Stay tuned for more after you finish reading Harlan’s Haven.

If you want to know exactly when new books are scheduled, sign-up for my mailing list. You’ll receive 2 free books from my other series, and special offers for my readers. Enjoy finding out how Harlan deals with his haven being breached by a spunky pixie waitress. When you’re finished, drop me a line and let me know what you think. I love hearing from my readers!

Sandra is the author of three series, totaling 18 books so far. She writes contemporary romantic-suspense. The majority of her stories are located in Colorado because it possesses such a diverse selection of heroes and heroines. In less than a minute you can see a cowboy, an engineer, a lawyer, or a stay-at-home mom/dad. The combinations of characters keeps her very busy. You can also find her characters visiting New York or finding trouble in Florida. These two locations pop up because she grew up in central New York and enjoys vacations at Cocoa Beach.

When she’s not writing you might find her at a sewing machine. Learning to sew at age seven, she enjoyed making clothes for herself and family for years. Now she prefers making quilts for family and friends, though occasionally she will whip out a skirt or two.

Before writing full time she had various jobs. Her employment started as a substitute church secretary when she was in high school and ended as a faculty assistant (aka Copy Lady) in a high school in Colorado with stints as bank secretary, fabric store clerk, and temp secretary in between.

She lives in northern Colorado with her husband and Rudy, their rescue dog from Japan. Her sons are grown and move around the country, but still provide endless inspiration and support for her writing.